Zim zimma lyrics
I want a ‘Rari, I’m feelin’ godly
Wonder how much that gon’ cost me, they feelin’ saucy (Buck,
buck)
Niggas know that I’m a problem, they’ll never solve me (Buck,
buck, buck)
If you came to start some drama, then bring a army
I’ve been goin’ fuckin’ fast and it got me swervin’
I know that I’m a child of God, but they want me cursed in
I’ve been trappin’ out the Ozark, I’m Marty Byrdin’
And I’ve been hard at work, yeah, ho, you just hardly workin’
If it wasn’t for this rap shit, I’d be movin’ kilos
Front the pack from my connect then cop a few casinos
Used to fake it ’til I made it just to boost my ego
Stashin’ money in my shirt, they thought I grew some chichos
I got some new wheels,
Tired of kids, they think that we in school still,ah
Play me, you gon’ find out how the tool feel,
Fuck around and you gon’ find out who’s real

[Chorus]
Zim Zimma
Who got the keys to my motherfuckin’ Bimmer?
Bitch, I used to dream of this
I ain’t that nigga you could

[Verse 2]
Play with, nigga, that’s dangerous
Told ’em I was raised in the basement
Twin AKs in the playpen
Take your face, rearrange it
I can turn eggs into bacon
I can serve base with a apron
Niggas been waitin’ to hate it (True)
I got a Beamer and I’m anxious to race it
Vroom right past you (Vroom right past you)
Cops keep followin’ a nigga, that’s bad news
I don’t like hassles (I don’t like hassles)
Suck it down Remy and I’m feelin’ like Papoose
Hope I don’t crash you (Hope I don’t crash you)
Lil’ bird bitch with me and I call a ho Zazu
Mind your bidness (Mind your bidness)
Fuck your opinion, nobody asked you
Look (Yeah), this that WAP-WAP shit
Shit’ll make a nigga wanna stop, drop, shit (Buck)
Roll when you hit ’em
with the Glock-Glock, bitch (Buck, buck)
Semi-automatic if a nigga really think he want static
Now a nigga doin’ pop-pop, bitch
Oh, you thought you was a hotshot, bitch?
Now you want a crown with a hotshot, bitch
Nigga, I was raised on the block-block, bitch
This is my time, no stopwatch, bitch
All of my whips is top-notch, bitch
How to get a plug at the chop shop, bitch
Even my son got pop rocks, bitch
Fuckin’ your bitch, don’t cock block, bitch
I get your bitch, at my casa, bitch
She gon’ ride my drop top, bitch

[Chorus]
Zim Zimma
Who got the keys to my motherfuckin’ Bimmer?
Bitch, I used to dream of this
I ain’t that nigga you could

[Verse 3]
I got some bands, now they got they hands out
All them hoes that have a man now, they pull my pants down
They know they don’t got no chance now, bitch, I’m the man now
Used to be my only fan, she got OnlyFans now
Yeah, I’m swervin’, I got road rage, I feel like OJ
I don’t wear no fuckin’ Dolce, I smell like olé (Joyner)
I might go back to my old ways, she want her soul saved
I done traded in my soulmate and got a gold chain
Okay
I came up with the privilege of poverty livin’
and I ain’t had nonthin’ but scraps (Yeah)
I had to watch niggas winnin’ and drivin’
in foreigns and I was just stuck in the back (Word)
I had to learn me the bidness so once I applied it,
I made me a couple of racks (Yeah)
I had ménages with Nicki and
Cardi and Megan and then I woke up from a nap
I had a Bugatti and then I woke up in the trap
I had a couple of friends I left in the past
’cause they don’t do nothin’ but cap
I know a couple of niggas that don’t know
the bidness and they do nothin’ but rap
Fuck it I guess I’ll just shut up and drive,
I got me a Beamer, I’m runnin’ the lap

[Chorus]
Zim Zimma (Zim Zimma)
Who got the keys to my motherfuckin’ Bimmer?
Bitch, I used to dream of this
I ain’t that nigga you could

[Verse 4]
Yeah, put me inside of a room with
niggas you think that are better than me
I crush them inevitably, and leave them as dead as can be
That go to any nigga who’s steppin’ to me,
they all come second to me
My words are weapons to me- I burn it, second degree
And get it, and I’m sick of any nigga that’s sick,
and I got it sick and shiverin’
Even Ritalin couldn’t get rid of the kid in him
You gotta be kiddin’, I’m trippin’,
I kinda feel like a kid again (Rah, rah, rah)
And, yeah, I got somethin’ to say
I ain’t with the games, I ain’t come to play
Nigga, you confused, you a broad, go tuck your leg
You trapped in the wrong body like Young M.A (Buck, buck)
I need my money like andale
Got a one-inch blade, get cut if you run that fade
I ain’t really with the dumb ass shade
I come back brave, get cut when I run back sayin’ 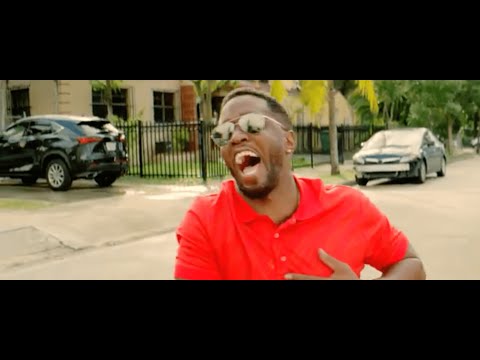