Lyrics We envy nothing in the world – Suicideboys

We envy nothing in the world lyrics
Benzo, Enzo, ‘Rari, the pedal that’s on my feet
Push it to the front, I just know where I wan’ be (Be)
In your house, in your room, don’t look under the bed
Northside on the map, I won’t rest ’til I’m dead (Dead)
Running down the street with a .9 in my hand
Put it to his head, tell him, “I don’t play fair”
Empty the clip, end your life in a sec’ (Hah)
Christ be the king, you gon’ leave with a blessing
Empty the shells, hear a pin drop (Shh, shh)
Scrimmy bipolar (What?), flip and I flop (I flop)
Switch it up quick, fuck every last enemy

Act like a friend, leave a blade in your kidney
Rata the tata (Grrah), I let your brains splatter
Leaking all over (Flip, flip) with bloody matter
Shirt in my hands, I sit back and I laugh (Yeah)
Mental fucking case, closed casket where I sleep
Only smoke that crack rock, I don’t smoke no tree
Banging my veins, put that dirt on my name (My name)
Devil to blame, middle finger the game (The game)
Fuck all the fame, it ain’t no thing (No thing)

Ruby been the boss for like two centuries (Two centuries)
I’m the alpha, omega, and every letter between (Letter between)
Step on the scene, rest in peace, leave me dead in the street
From opiate dependency, codeine, and Promethazine
Bury me upon a hill with evergreen in the creek
Not the type to live until I’m fucking seventy-three, yeah
Pull up in a Chevy from ’73,
Who the fuck want war?

I got acres of land protected with weaponry
A bunch of guns in my name, no need for open felonies (What?)
Accessory to murder with murderous accessories
AK, AR, twelve-gauge shotty, yeah (Shotty)
.44 Magnum and the Uzi from the ’90s
.38 and the nine-millimeter in my pant lining (My pant lining)
I might cop a .45 and hold that one behind me

We envy nothing in the world – Suicideboys lyrics 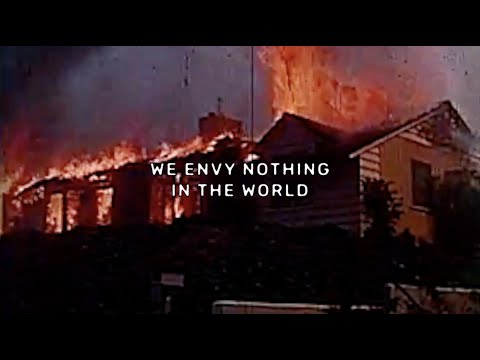