War stories lyrics
It was all good last week
We linked up and made a move and now we don’t even speak
It was only about a 20 piece it wasn’t even deep
It was more aboyt respect felt like you was coming at my neck
So I called it
Like a man said, it ain’t really abouta check
But when we drop lose 7grams on every onion comming back
And I can’t fuck with that
We gotta swap it out
He said some fly shit back I told him watch his mouth
He said some shit again, I hung up then got watch his mouth
He said some shit again, I hung up, then got watch his house
Caught his homie in the mall that week and knocked him out
Think it’s sweet, we gettin’ money, but now we poppin’ out
Ain’t throwin’ flags, we droppin’ tabs, send niggas rockin’ out
(Fuck ’em)
I ain’t givin’ shit back, God come and get that (Come get it)
Nigga hung the phone up on me, tell the dawgs, “Sick that”
(Spin ’em on it)
Bunch of hitters on the corner, they like, “Where his pic at?”
(Where his page?)
Scrollin’ up and down his page, they like, “Where his bitch
at?” (Where his bitch?)
Where she live at? They want war, we gon’ lay (We gon’ lay)
Let the money too go by, they gon’ pay (They gon’ pay)
Memorial weekend, we gon’ drive to MIA (We gon’ drive)
And when we see ’em, homicide, right away
It ain’t no church in the ghetto, tryna dance with the devil
Uzi on me, nigga, I do the shuffle
Heard they lurkin’ at my main bitch crib, it’s to a whole
‘nother level
They want my soul, they better hope I don’t catch ’em
Rockin’ Dickies on a whole ‘nother schedule (I am)
Dawg with fifty, what I’m totin’ is special
Might as well tell your niggas, “Go get a shovel”
‘Cause you a dead man walkin’ from the shit you talkin’
Caught him at a late night and he panic, hit him while he
parking
Funeral, certain niggas cryin’ like they was ridin’ (Ridin’)
My niggas swervin’, doin’ murders and niggas dyin’ (Dyin’)
I send my youngin’ to do the drill while he was high (Brrt)
Made him swerve, hit your whip, DUI
Nigga, I’d rather see you dead before I fuckin’ see you cry
You put money all on my head, I ain’t scared, we ain’t hide
Nigga, you know we hit your man, when we seen you, you ain’t
slide
Yeah, you slid and hit my dawg, but when you hit him, he ain’t
die

That shit crazy, when you beefin’ with your man and them
I used to love you, but now it’s crazy, I wanna see you as
stiff as a mannequin
Hangin’ out the van again, we offense over defense
And we plan when they play with them
My dawg got killed with his Rollie on
Forty on his hand, tryna blow it off
When I was at the funeral, it really gave me trauma when I seen
his momma goin’ on
I said, “Fuck it, we gon’ go to war”
FNs, XDs, AKs, SKs
Shiny when it hit, look like a Audemar
And I ain’t hear when they was talkin’, I was on a call
But the moral of the story is
They don’t be doin’ that shit to us that they be doin’ to y’all
Bulletproof on all the cars
Security and Bentley trucks, we movin’ like it’s auto-war
It’s lookin’ beautiful, another opp, another funeral
Them hitters get to stainin’ all on you, it ain’t no viewin’
you
Welcome to the dark side, gun powder in your cuticles
Them boys get to grabbin’ you, shh, spin ’em like a hula hooppp 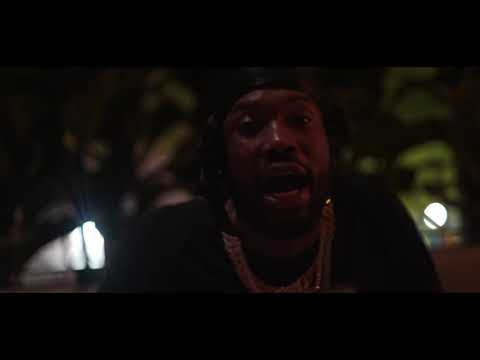