If Chappelle moved to Ghana to find his peace then I’m rollin’
Where the service always roamin’, I’m packin’ my bags and goin’
It’s a challenge in that, it’s a balancing act
Visit beautiful places that’s more out here than the trap
Houses in Long Island, they always found ’em
House in the South, a nigga barely got out
Sunny L.A., remember calls with Dr. Dre
He told me, “Don’t let the palm trees fool you, nigga, be safe”
Me and my higher self, we often would speak

Somehow we lost the connection, might meet at Joshua Tree
And it’s been bothering me, too many wavy women
Gotta log outta IG, can’t be my age DM’ing (Haha)
No kidding, it’s hard to move like a civilian
I write the truth ’cause I live it, not like you musical niggas
We did it big and they bigots, they’d rather shoot than write
tickets
What it feel like to go get it? What it feel like to go
missing?

My dawg bought a plane, said “Let’s go to Paris”
That’s where baguettes are from, French bread that’s long and
narrow
I like the other definition, rectangular carats
The concept of this song is rather esoteric
This girl said in Grenada we should go get married
Broke the meaning down of the Virgin Mary
And you got your own place, my favorite part of the night
When you text me that you made it home safe (I’m home)
I’m contemplatin’ at the homebase

How I’m used to breakfast in the ghetto sippin’ OJ
That’s a picture right there, a moment in time
Before anybody wanted a photo of mine
Before the internet energy and social decline
Destroyed the vibe, foolin’ us with the headlines
(Keepin’ us blind) Vultures eat you alive
(Take heed to the signs) Wishin’ I’d find

All my time has been focused on my freedom now
Why would I join ’em when I know that I can beat ’em now?
They put their words on me, and they can eat ’em now
That’s probably why they keep on tellin’ me I’m needed now
They tried to box me out while takin’ what they want from me
I spent too many years living too uncomfortably
Making room for people who didn’t like the labor
Or wanted the spoils, greedy, selfish behavior
Now let me give it to you balanced and with clarity
I don’t need to turn myself into a parody
I don’t, I don’t do the shit you do for popularity
They clearly didn’t understand when I said “I Get Out”
apparently

My awareness like Keanu in The Matrix
I’m savin’ souls and y’all complainin’ ’bout my lateness
Now it’s illegal for someone to walk in greatness
They want the same shh, but they don’t take risks
Now the world will get to see it’s own reflection
And the anointed can pursue their own direction
And if you’re wrong and you’re too proud to hear correction
Walk into the hole you dug yourself, fuck a projection
See me in my freedom taking all my land back
They sent a lot against me thinking I’d just stand back
I got my legs beneath me, I got my hands back
A lot of people sabotaged, they couldn’t stand that
I turned the other cheek, I took blow after blow
There’s so much crisis in the world ’cause you reap what you
sow

When you keep what you know is meant for someone else
The ditch you dig for them, you might just end up in yourself
I’m in the secret place, I keep a sacred space
They keep showin’ their hands, but keep hidin’ their face
If I’m a messenger, you block me then you block the message
So aggressive, the world you made is what you’re left with
Pride and ego over love and truth is fucking reckless
Y’all niggas got a death wish, the stupid leaves me breathless

Some place to be, yeah
Ain’t duckin’ nothin’
Just might have to build my own city
Where y’all need a real nigga passport to enter
Ms. Hill, we ain’t goin’ nowhere
They gon’ have to deal with us
Make ’em uncomfortableee 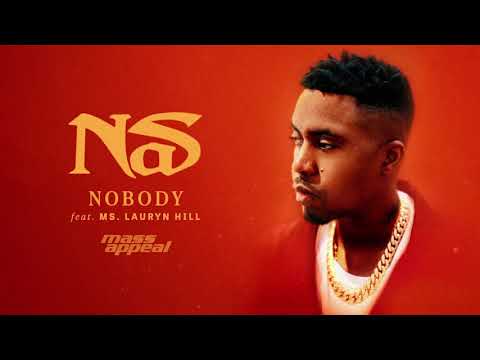 Posted in Lyrics By VersuriPosted on August 10, 2021Tagged audio, nas, nobody, nobody lyrics, video