Mafia music lyrics
Niggas just don’t understand the story
Still out in this motherfucking project
Turn the-turn the mic up for me though one time
Turn that shit up
Madlib fuckin’ crazy bro
I’m doing a whole we did this whole album
in a fuckin’ night, dog
That’s what’s crazy
Whole album in a night, bruh
Egon was telling me how,
Egon was telling me the real story about how, uh, he had dropped off these CD’s to Kanye’s engineer
I don’t even know if we can say that
When Kanye tweeted that shit he was like “Yo, Madlib just dropped off a bunch of CD’s and the beats
It was fuckin’ Egon bro,
that’s the man behind the MadGic right there
Yo, fuck…
Y’all thought I was gonna rap, right?
Nah, when you fuckin’ with Madlib you gotta fuck him up
They think you comin’ in
Ayo, check it, I been on the…
Here it is right here

Fuck the bullshit, we out here getting money and more shit
I used to steal from Target and so did GameStop
Leave you like Leo in Departed, you better fuckin’ stop
Mafia music, I live the life, I don’t choose it
No I could never abuse it
It chose me, I don’t refuse it
Retired but I’m rapping everyday, I can’t lose it
Man, I love when my wife fuck slow
after a night of tequila and some Nobu cut roll, uh-oh
You know the boy too cut throat
I’m high on life, fuck though
But I might sip a scotch while the haters get hot
Fuck you, kick rocks like

Yeah, smoke it if you got it

Pull up in a whip, feeling good, feeling out the hood
Finally getting money like a real one should
I’ma take a sip, get a little lit
Back in a bit, meditate, I think I should
No we ain’t friends, got me on ten
Picking up the pen, got a homie doing life in the pen
Run it back, run it right back like a running back
I remember running with heater in the backpack
One time coming for the boy, sitting and avoid
Never had a family to fill this void
.. if I said it it’s real
Never had shit, never got shit
Never had cable, I couldn’t never watch shit
Now we on top bitch, put it on God bitch
Your shit garbage, better pay homage

Jonah Hill just interrupted me at
dinner to tell me he was a really big fan, god damn
Yo, tell me what is my life, fam
He started rapping my shit,
I started clapping and shit
Legacy records, we coming straight back to this bitch, uh
Guess you can say I got the money ball
They say when it rains it pours,
look at this money fall, yeah
New York City on a Tuesday
I’m the reincarnated Sinatra, fuck what you say
Ayo, my C-notes run long like Luciano Pavarotti
Once you on my level everybody claim illuminati
Experience the D and she go body
Good girl but love to get naughty probably
Fifty M’s, I got fifty M’s
But lowkey I remember when

Couldn’t afford bus money to chill with my friends
I used to rock the low top, now it’s high-end
Ellen DeGeneres is my friend
Might pull a muscle from all this flexing
Me and J.J. Abrams just got finished texting
Yo, ayo, before I hit the session,
life is such a blessing
Sonning these rappers like a father in confession
Shorty say “Go deep” like Hail Mary
Step in the booth and I ain’t messing
Grip the mic, I’m the rudest
Run up on me, watch me whip out the piece like a Buddhisttt 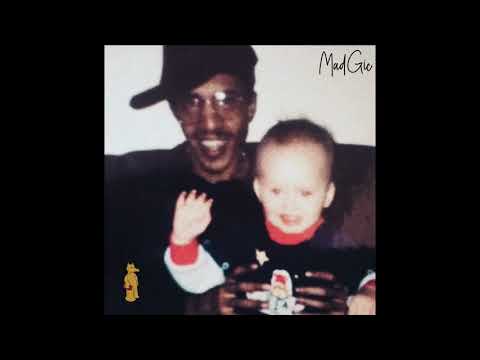