Like it’s yo job lyrics
Slob on my knob
like it’s yo job
Yellow Lamborghini
corn on the cob
Let’s have some sex
face in the bed
Night give me head
morning I need eggs
So is the name (Baby), let’s play a game
Pour out my mind (Bitch), let’s see your sane
Pull on my dick (Huh), it’s hard as a brick
Your man run up on me, hit that boy with the stick
First is the time, second is the place

I grab that bitch head, got a hand full of lace
Slob on my nuts (Huh), finger in your butt
Dick in your gut (Huh), such a lil’ slut
Head off to bed (Ayy), beat it specialed
I should go to jail now, beatin’ up that can
Bitch, shave your bust (Huh), make sure you douche
Shut the fuck up (Huh), shouldn’t have to shush
I don’t smell like kush (Huh), she came in like wosh
Her ass lookin’ blush (Huh), I bend it over, punch it
I’m not your lover (Baby), Mink on the cover

Gun on my waist and he will take out your brother (Huh)
Sit on the couch (Huh), open your mouth (Ayy)
Then I came in it like the man of the house (Dududuh)
You can keep the WAP, give me the top (Ayy)
She tryna cuff me, bitch is a cop (Huh)
I left just in time (Huh), never came back (Huh)
I ain’t a firefighter, I can’t save that cat (Huh)
Ride through the club (Ayy), wave at some hoes (Ayy)
She got OnlyFans, so she can’t get exposed
She put X up her ass, cocaine up her nose

I let that bitch smoke dope ’cause we don’t snort coke (Huh)
I slipped on some tape (Huh), and got side effects (Huh)
The bitch seen me flex (Huh), and now she want some sex (Ayy)
I spit in her cat (Sos’ baby), and scream like Tourette’s (Ayy)
She got in the cab (Bitch), and gave me that cat (Ayy)
I show her the crib (Huh), she love how I live (Ayy)
Steady callin’ me “baby,” I said, “Bitch, want a bib?”
I don’t never trip, still be takin’ trips (Ayy)
Fuckin’ on the jet, got her ass in the air
Flex on a hater (Huh), flex with the paper (Huh)
Nigga tried to test us (Huh), he done turned to a caper (Huh)
Hasta la vista (Huh), bye to my haters (Huh)
Saw me on the yard (Huh), I don’t give a fuck ’bout the
neighbors (Ayy)

Wait a second freak, I spit on your cheeks
My cousin T-A-D-O-E said you chewed his meat
Can’t take that shit back (Huh), he got a receipt (Bitch)
Word to mouth, bitch, you’re good with your mouthpiece
My nigga do wap (Wap), send that hoe a wap
Hopped out the foreign, man, damn there go a wap
Waps everywhere (Where), pulled down her wire
Which one of you bitches gettin’ swiped like a card?
I know a lil’ freak in New Hamp’
She love my dawg ass, Lady in the Tramp
She said she eat meat, meat like ham

The bitch licked the tip like she licks stamps
Wait a second freak (Huh), you know I don’t eat
Play with my meat (Huh), you can get ’em at his peak
Wake up, gettin’ neck (Huh), still be half asleep
She wanted froggy style (Huh), I’ma make her leap
Fucked her in a parking lot (Baby), thought I seen a cop
False alarm, she like “Keep going, don’t stop”
I’ma get that guap (Huh), I’m get that top
Taught me how to get it, gotta thank big bro a lot
Sit off the bed and give me head

Don’t gotta ask, ain’t have to say
Legs on spread (Huh), shit, broke her legs
Big booty bitch and that shit broke the bed
Sipped on some wap (Huh), then got tired
Smackin’ on that ass like I’m tryna kill a fly
She leg lockin’ me (Baby), this bitch tryna die
Don’t want no more babies (Bitch), I put it in her eye
Don’t want no more kids (Huh), I put it on her head
This bitch ain’t have no towels, I put it on her bed
Hoe, how you don’t got no dishes? I want some food
In the morning I need head, in the night make me souppp 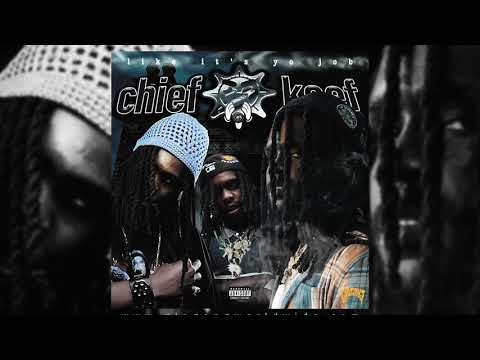