Get ratchet lyrics
Let’s have a party, get ratchet, uh-huh
I get the money and stack it, uh-huh
I make it flip, like gymnastics, uh-huh
Her pussy pink, like it’s Patrick, uh-huh
I put the dope in the package, uh-huh
Louis boots, Rick Owen jacket, uh-huh
Bitches be actin’ like maggots, uh-huh

[Verse 2: CEO]
Hop in the booth, I’m a beast, uh-huh
Popped a four-wheelie, like Meek, uh-huh
I make some bands in my sleep, uh-huh
Margiela shoes on my feet, uh-huh
Rubber band money, it’s neat, uh-huh
Hit from the front, make her leak, uh-huh
We get the green, like a tree, uh-huh
Bitch wanna fuck, she in heat, uh-huh

[Verse 3: ZaeHD]
She suck the dick like a pro, uh-yuh
Make a lot, I got on loafs, uh-yuh
It’s winter, put on your coat, uh-yuh
We going up, like the slope, uh-yuh
I’m preaching like I’m the pope, uh-yuh
I pull up clean, like some soap, uh-yuh
Mute a bitch, need the remote, uh-yuh
Lookin’ at you through the scope, uh-yuh

[Verse 6: CEO]
Huh, stop all that cap on the ‘Gram, hmm
He don’t like me, his bitch is a fan, hmm
Don’t call me talkin’ ’bout no grams, hmm
Havin’ gas lighter than a band, huh
I walked around like the man, huh
All of my friends, they is dead, huh
Free my brothers out the jail, huh
She wanna lick on my dreads, huh
In Cancún, adiós (Woo)
In a Rolls Royce, I’ma catch a holy ghost (Woo)
I’ma pick ’em out, like eeny, miny, moe (Woo)
Made that money double, like double Joe Rogan
In New York, I’ma milly rock, uh
She do anything for the cock, uh
Presidential book, like Barack, uh
She up the room, like maracasss 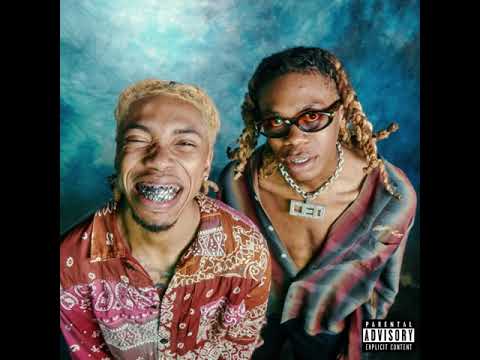