California lyrics
I’m faded, fake faces
I erase ’em, California
That fragrance, mad payments
Fake places, California
I don’t wanna be the one that’s left behind
I love the way you lie
Tryna get my money bag straight this time
The hills is goin’ decide

[Verse 1: Warren Hue]
LA, Westside, mama scared most of the time
Lookin’ behind, what’s this so called life
Shawty run my other phone, yeah
Fake faces, gotta cut ’em off, yeah
Fake faces, they don’t problem solve, yeah
My faith is from the cameras, yeah
Flash-flash,
I’ma take the pictures for my fam’, damn
Show ’em I’ve made it, flashbacks
To the pictures from way back
The kids were like “Who’s that? Who’s that?”
Now I do Hollywood, yeah
Copies everywhere like a walkie talkie
I’ma run the lobby, speak to nobody
San Gabriel Valley, I might crash your party, like

[Verse 2: Rich Brian]
Somebody put some brakes on me
I really need rest on me
Pops callin’ up every couple days
I’m smilin’ so he could think I’m straight
Why can’t I tell the truth?
Playin’ J. Cole back then, with a clear end goal
Like it all made sense, I needed myself
And nobody else, okay, let’s go, uh
From how it looks, man, it’s hard to complain
Man, I just been prayin’ that when I get older
That I got some smile in me that can remain
My money is long but I got some new issues
That feel like as long as they government names
Man, all I could wish is the mask that I wear
And the face that’s below it is lookin’ the same, like
You been in this fight,
I can see it in your eyes, like
I made up my mind, I don’t wanna waste no time

[Chorus: NIKI]
Money makin’, while we’re breakin’
It’s amazin’, California
Celebrate it or berate it
It’s been fated, California
Oh, Maria, the hills are swarmin’
With dead ends and the bots performin’
Don’t mistake it, you can break big
‘Til you get sick, hm

[Verse 3: NIKI]
Shut the fuck up, don’t wake another neighbor
(Yeah, shut the fuck up)
I don’t know you and I don’t want to later (Later)
Praying to God I never run out of his favor
But we don’t make the textbooks on our best behavior, do we?
I’m the antihero in my own damn movie (Movie)
All my exes write songs that I’m based on, loosely
Take after my ma, I can be choosy
I can be choosy, oh
And when the sky looks like a painting
That’s when you look downnn 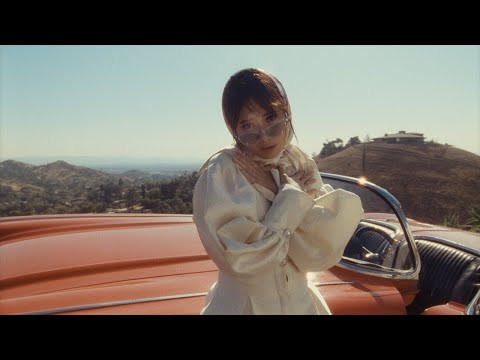