The remorse lyrics
Look, me and Lil Sandra bagging CDs in the bubble wrap
People recognize me from the TV but
I’m done with that
People don’t wanna see me succeed, this shit come with that
Even when I come back,
I don’t know if it’s gonna be me that’s gonna be coming back
Soon as I left,
I had to make peace with that
Dropped out of school ’cause nobody was teaching that
The Best Western is where a nigga was sleeping at
Daemen College booking me to pull up and speak the facts
Even if they make a movie ’bout us,
this shit’ll be hard to re-enact

Dislocated shoulder,
it’s hard to be always reaching back
All these IOU’s, it’s hard for me to be keeping track
Friends that dedicated they
life to just keepin’ me intact
Hard to pay 40, pay Noel, pay Niko back
All the nights I needed to vent to someone and CJ sat
All the nights Chubbs was pulling up where I need him at
All the times Mark was making sure that my luggage packed
At times he had to double back

I mean, even with his salary, you can’t put no prices on that
There is no salary cap, there is no payin’ him back, for real
I wonder what it could’ve been if I had snakes in the mix
Actually, I never wanna know ’cause we made it like this
Shots gotta fly either way, now I make it or miss
Overtime, I was all good, we take it in shifts
What would you do if it wasn’t this?
That’s a hard one
The finish line is where
I like to pull up and start from

Pain is just a place that I go to get the bars from
Anxiety’s a drug that
I use to get the job done
Delusional’s a space
I like to think that I’m far from
My son is the one thing I hate to be apart from
Bet against me, don’t know where they getting their odds from
I know that when it’s done, I’m going wherever God’s from
But I still don’t know where I get the calm from
(Where I get the calm from)

Look, gotta hold my head high with two dry eyes
I told you everything is fine, dawg, but I lied
I be tryna draw the line, but it’s a fine line
And I’m drownin’ out the noise from the sideline

Sometime it’s louder than the voice I got in my mind
I can’t even hear myself when
I get quiet time
Like, how they tellin’ me I’m done, when I’m in my prime?
They’ve been tryna push a narrative since ’09
And they even had my ass convinced a couple times
But that ain’t even the half,
I had tougher times
Only look for sympathy inside my mother’s eyes

And it’s whatever with them niggas on the other side
We got problems we could never really put aside
I cracked the door ‘fore
I saw her put my foot inside
I tried to kill them boys with kindness, but they wouldn’t die
So now I kill ’em all for acting like they couldn’t die (Yeah)
My hard work doesn’t just pay off,
it pays all the family debts off

I’m taking heads off, Future out here like Irving Azoff
Houses paid off, label paid off
My soul for the money wasn’t the trade-off
Unlike most of you boys that fade off
I feel guilty taking some days off
Please don’t google my net worth, the numbers are way off
I mean if you comparin’ it to what I really made off with
I’m more like Bernie with all the earnest that they came off

Trust me it was nothin’ light, holmes
They tried to give me a slice of the pie,
and I took the knife home
I know you love me
Can’t picture bein’ a hubby,
finger too stubby to fit a ring on
Unless Kawhi wanna run it back
Other than that, the strings’ll be unattached
Certified Lover Boy,
I’m not the one for cuddling or none of that

Y’all music is watered down, will you love ’em back?
And you know what I’m on, blowing past ya, owning masters
Said you’re like a father figure to me, but now daddy’s not
around so I’m a bastard
Oh of course, the only villain that show remorse
when I owe you more
Soft spot for all the ones that came before, I can’t ignore it
I’m always tryna rekindle
From the bottom the to the top, man,
what’s it like in the middle?

From the lemon faced radio host that love to be bitter
To my dogs in the game who wasn’t pick of the litter
For the young Gs out here starting from the beginning
Nobody praying for you when you winning, don’t forget ittt 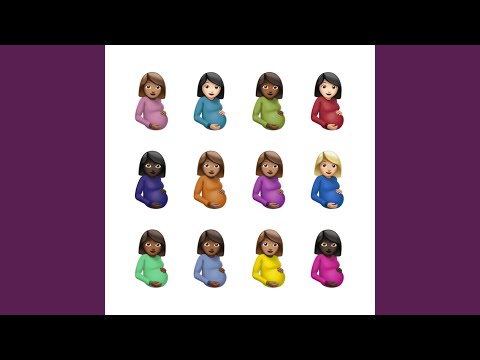