Super gremlin freestyle lyrics
Never too famous to hop on these beats and remind ’em Big
Latto as big as it gets
Still tryna hear from a nigga I love that switched
But fuck it, I’m burnin’ that bridge (Fuck it)
How could you leave me? You know I needed you, daddy
They askin’, “What happened?” but they can’t imagine
I’m lowkey grateful, you made me a savage
The Biggest, the Baddest, I ain’t even cappin’
I’m built like a stallion, the symbol of Sag’s
I should be DJ’ing,
I’m quick to drop me a bitch in the mix, givin’ beats and
scratches
Got in my Pop bag just for the hell of it
Now I’m Top 40 but y’all was just laughin’ (Yeah)
Most of these bitches be dry hatin’, holdin’ they nuts on me
‘Cause they know I’m on they asses

Latto got next, fuck that, I got now
I came way too far to throw in the towel (Bitch)
I let bitches think the beef died down ’til I catch ’em off
guard, make my rounds
I got no fear in my heart, fear no person, no place or no
thing, like a motherfuckin’ noun (Yeah)
I told my nigga, “The Birkins and cars is cool but loyalty
got no ammount” (On God)
Don’t need ghostwriters or a co-signer (Nah)
Cold world so my coat designer (Brrr)
He could tell I grew up on Eve, on and off the dick, I’m a
Ruff Ryder (Uh)
Couple bitches showed me they cards, so I cut ’em off and I
declined ’em

I got doors to open and rooms to go, had to fall back like a
recliner (On God)
That probably went over their heads (Their heads)
I’m probably somewhere on a jet (On a jet)
They probably don’t wanna fuck with me ’cause they know Big
Latto a threat (On God)
I’m always on point, ain’t talkin’ index (Finger)
Keith, I make these bitches sweat (Singer)
Nah, you don’t gotta ask where I’m at, I’m always on these
bitches necks (On God) 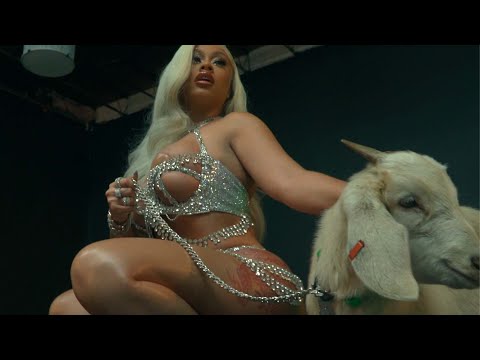